At Awesome Doggies, we love a great rescue story and as mobile dog groomers, we hear many of them. Truthfully, we’ve never heard one that didn’t absolutely steal our hearts. Today, however, we thought you’d like to hear one of the best.

Back in 2015, a beagle was found alone, hungry, and scared in the woods in Kentucky. The good Samaritan that found him looked at his sweet face and wished they could keep him, but could not. So the beagle ended up in a shelter, awaiting adoption.

The days passed and all of the hopeful adopters passed right by the beagle who hid in the back corner of the enclosure. Finally, the sweet, brown-eyed beagle ended up on the euthanasia list.

Days before the dog was to be put down, Delores Doherty, who runs a Beagle rescue group in Ontario, Canada, called A Dog’s Dream Rescue,  contacted the shelter and contracted to take the dog to Canada and find a suitable home. So the dog made the 500-mile trip, still scared, having an unknown future.

Once in Canada, the dog was placed in a small, out of the way, no-kill, adoption center called Pet Valu, in Ontario. Many people visited the center, including a woman who was temporarily working in a town nearby, filming a TV series, Suits. When she saw the beagle, she fell in love and decided that he was the dog for her. She filled out the required paperwork and Doherty, who was unaware of the client’s celebrity status, mentioned the required home visit. The client was congenial and said that it will be no problem but they’d need to set an appointment for safety reasons. After more paperwork, Doherty realized who her client was, and after a short adoption process, the pup had a new name, Guy, and a new family, Meghan Markle.

Guy’s remarkable story doesn’t end there. Shortly after, on November 27, Meghan Markle and Prince Harry announced their plans to marry. That same month, a Kensington Palace rep confirmed that Guy had moved to London.

Yes, the dog rescued from the woods of Kentucky was the subject of an official Palace communication.

Since that time, Guy has gotten chummy with the Queen, who happens to be famously in love with dogs, particularly her beloved corgis. Shortly before the wedding, Guy was spotted hitching a ride with her Majesty to go to diner– as in all fours on the seat, right next to the Queen. The Queen of England. No big deal, but even Meghan has not been spotted alone in a car with the sovereign!  Now, with the pair wed, they are the Duke and Duchess (and dog) of Sussex.

A Most Remarkable Rescue Story

While Guy’s rescue story is certainly among the most remarkable, every dog deserves a fairytale ending. If you are looking for a new member to add to your family, we at Awesome Doggies highly recommend rescuing one from a shelter. In San Diego, we are fortunate to have a number of no-kill shelters. There is, however, the option to find a shelter with pets slated for euthanasia, who are perfectly adoptable but for overcrowding.

Choose a Rescue and Save a Life

In our mobile dog grooming journeys, we have had the incredible pleasure of grooming many dogs that have been rescued from the streets or from shelters. Many came from dangerous and neglectful situations and started their new lives a little afraid, especially of new people and situations such as grooming. With a little time and a little extra understanding, became happy and healthy members of the family. The truth is, it really doesn’t take much to make your rescue feel royal.

Choosing a furry family member from a shelter can give them, and you the happy ending you’ve always wanted. At Awesome Doggies, we specialize in mobile dog grooming services and providing the royal treatment for special needs pets. For more information contact us today! 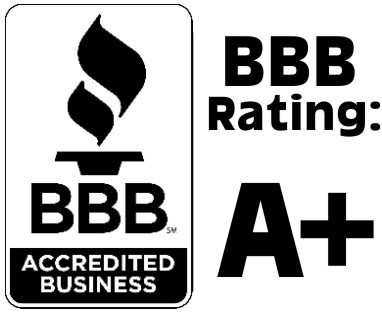